The double feature, also known as a double bill, was a motion picture industry phenomenon in which theatre managers would exhibit two films for the price of one - Wikipedia.com

First step, pick outstanding outfit that is colorful and will contrast well with nature and blue. What is this gorgeous ORANGE jacket I found? Looks great with jeans, just needs a brighter yellow shirt - look, we have one! What a great start. (pssst, Charlotte's grandmothers have recently sent a pile of clothes, only we aren't familiar with everything yet so it's like going shopping in her closet every day, we feel tremendously blessed). 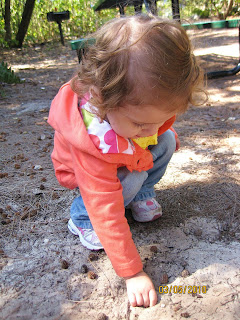 Next step, throw dirt in the air (I checked carefully for ants, we had an incident earlier in the week where Charlotte stuck her hand in an ant hill and got 8-10 nasty bites): 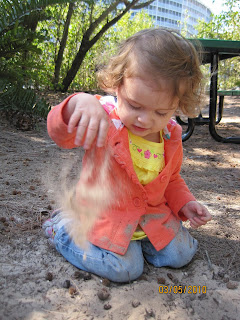 Big grin photos are a stroke of luck because she is usually so intent on studying nature: 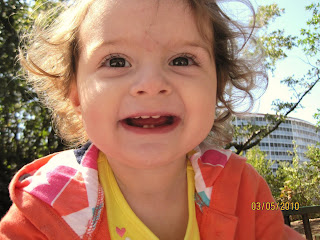 Moving onto the beach, it's 11:30, she's tired and I should probably go home buuuuuut the sky is a perfect azure blue and I can't resist photographing her orange jacket against the blues. 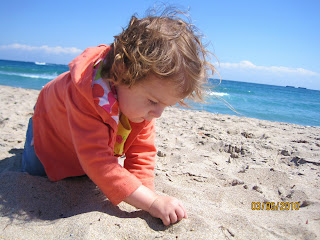 In yoga this is called downward dog pose, she does this daily to stand up, I love it! 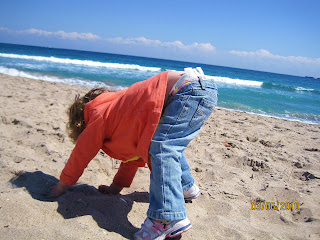 She played this little game of running away and then running back into my arms. 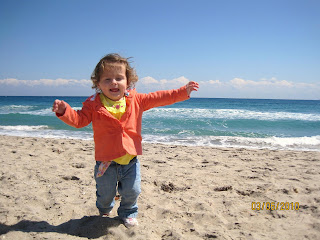 We forgot beach blankets but on a 69 degree day, the warm sand feels nice. 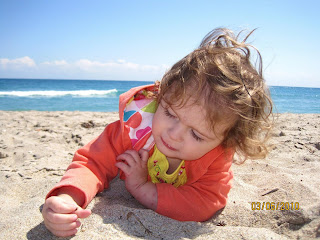 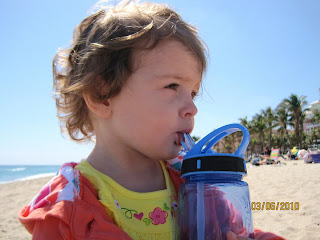 Following this enjoyable outing one might think she would sleep and sleep but it took the remainder of the afternoon to reach a decent nap. Too much fun with mom I guess!

you're right - beautiful photographs! how wonderful to be so close to the beach!