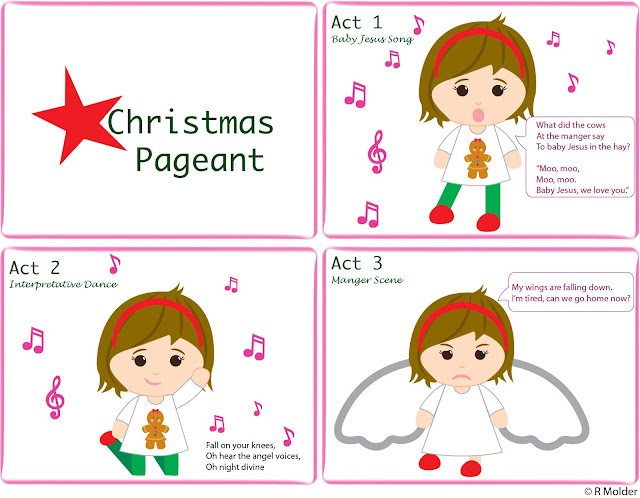 Our building sits in what one might call a cul de sac if we were in a housing community.  Our home faces others and our neighbors all have children of various ages.  It's fascinating to me how they seek each other out daily to play every day.

The oldest and ringleader is 12; she rounds the girls up and keeps them safely within our "boarders", meaning she keeps them directly within eyesight of our porch.  I LOVE her for this.  She's responsible and friendly.  I think when we move, I will write her mom a letter saying how well she has done with raising an amazing daughter.

Across from us is a pair of sisters, 9 and 5.  The youngest is closest in age to our 4 year old.  You might think these two would play together exclusively but no, the ringleader keeps the merry band together.

They pick up trash - yes!  the ringleader gave them all bags and had them cleaning up the yard!

They even allow our 2 year old to join in the fun!

They all collectively agree that we have the cutest dog in the world and they love to make over him.

They all collectively adore our baby and the ringleader tries to hold her every day, much to Violette's continue dismay because she's going through a "parent only" phase.

It's becoming harder to tear ourselves away from this place because we feel bad for taking Charlotte away from her friends.  But we have our future to consider and it involves more then just keeping Charlotte with her friends.  We want to live near family and be involved in their lives and them in ours. So that means setting a moving date and sticking to it!
Posted by R. Molder at 9:14 AM No comments:

We're moving soon - well as soon as we can do a bunch of things that are required for a move.  I look around my crowded condo with fondness.  We have stuff in strange places and it no longer bothers me.

Our couch doesn't have a cover, it was taken off approximately a week ago.  It's been cleaned, I'll probably get it back on tomorrow.

There is a feather duster on the floor, probably dropped by a child trying to help.

And this is just the living room.

We have a changing table in the dining room that includes all of babies clothing.  That's because it no longer fits in the kids room that all three share.

I'm tired.  It's been a long year so I'm just going to sit here and ignore it all.  Maybe I'll watch a movie with the love of my life :)
Posted by R. Molder at 8:23 PM No comments:

Funny - I didn't write much because I took notes on my phone; and it looked like much more then is evidenced here! This speech impacted me more then any other of the entire event.  I listened with stunned amazement as he detailed his history with creating Veggie Tales, losing the entire company in a lawsuit and finding God's will for his life.


"God can't steer a parked car.
When God gives you a dream, and then takes it away, he may be trying to see what's more important to you. The dream or Him?
Why would God want us to let go of our dreams? Because it might be a god to you.
Jelly Fish Labs - must move with the current. His current will carry me exactly to where I want to be.
What are your dreams? Can you lay them on the alter and walk away?
Tonight's dinner sponsored by What's In The Bible."

What's In The Bible is Phil's new company.  It's a really fun collection of stories's that show kids how to enjoy the Bible and I'm really looking forward to sharing these with my kids.
Posted by R. Molder at 2:10 PM No comments:

This recipe is THREE ingredients and it makes an awesome candy in less then 30 minutes!

Start by heating your semi sweet chocolate chips in the microwave for 30 second intervals, stirring after each heating.  Once the chips are liquified, stir in 1/3 cup of peanut butter.  Then spread over wax paper that is laid out on a cookie sheet.  Place in the freezer to harden while you do the next step. 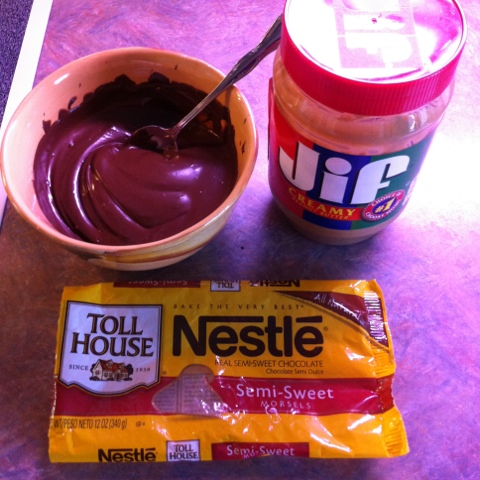 Place white chips into a bowl.  Heat in microwave for 30 second intervals, stopping to stir after each heating. 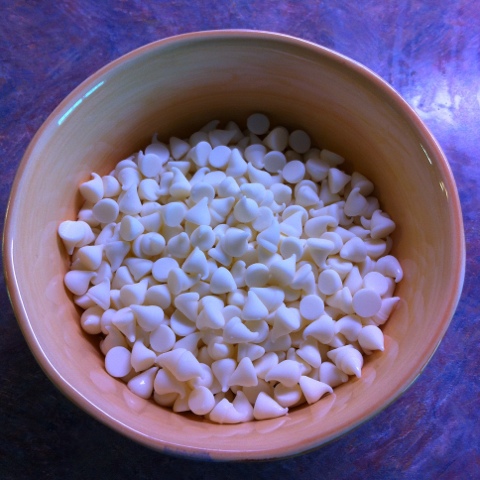 Once it's heated the entire way through you can spread the white chocolate over the slightly frozen dark chocolate.  What this does is allow you to spread the white without it mixing, but the heat from the white will start to melt the dark so that by the time you are done, you can run a knife through both and create a lovely swirl effect. 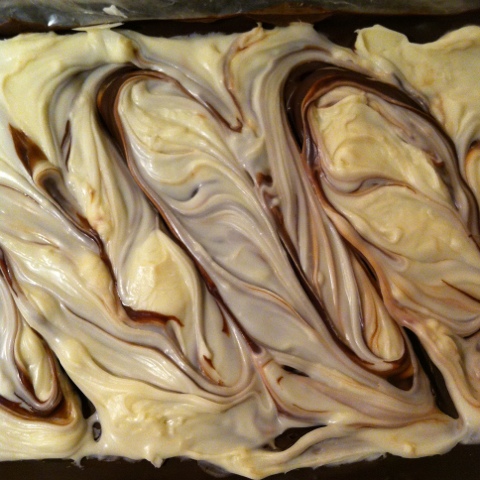 Beautiful!
Posted by R. Molder at 6:00 AM No comments: 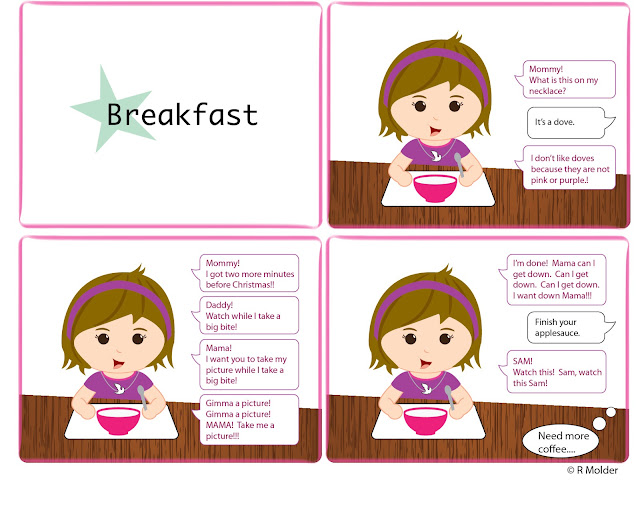 Jill died today, 3 years ago.  This is our brief story.

When I first moved to Fort Lauderdale in the summer of 1998, I got a job at Smoothie King.  I quickly moved into an assistant management position because I was in my early twenties and all the employees were still in high school.  I met Jill that year, she was a shy blond, only 16 years old with a very complicated family history.  We became friends, as much as a manager can with someone 7 years younger and she really clung to me.  What I mean by this is she stayed in touch with me where ever I moved and would tell me long stories about how chaotic her life was getting.  I watched her move into an ugly cycle with men who would take care of her but were never good for her.  I'd try to coach her out of it but she wouldn't listen.  Once I started having kids I moved out of her orbit and we talked less and less.  Our last phone call was her telling me she'd gone back to an old boyfriends house, found an expensive drug and flushed it down the toilet.  I was shocked.

One - I don't know anyone who uses heavy drugs.
Two - I was worried about her.
Three - I was a little afraid of the creepy people she hung out with and it made me want to avoid her.

At the time, I was pregnant with my 2nd and it was not an easy pregnancy so we lost touch after that conversation.  It wasn't until a year later I tried to track her down and found out she had died on December 14th.  I have come to the conclusion that Jill was killed by forced overdose by either the ex or his drug pushers once they found out she flushed their drug down the toilet.

I really wish I could say I had been a better friend, had guided her better, had gone out of my way to take her to church but I was a shallow friend.

There are really no words to describe the grief I feel for her loss because it's also grief at not saving her from impending doom.  The warning signs were all there, the reckless drinking, her drunk crash into a tree a few years before dying, the drug using old boyfriends.  All combined, it really made me shy away from her.

I believe God really wants us to look past the dirty, uncomfortable things in life and reach forward to help those placed in our pathway.  I do this now, look for those who need help and don't know how to ask.  I do it through Compassion and random charities that I find throughout the year.  I haven't yet found another Jill to care for, but when I do, I won't avoid her.


I have admired The Nester's blog for awhile now, she's so full of creativity; so I was excited to catch her talk at Allume '12.

Do you find yourself overwhelmed and overloaded, saying yes to too many things.  Is this an opportunity or a floppertunity?

Create white space – the problem with doing everything is that you have no time for doing nothing.

Rest in the midst of the undone, rest is a choice and a reward.

The secret art of saying No.

“A big part of doing your work is defending your time and your attention so you can do your work” – Seth Godin.

Remember:
Know why you blog.
Decide how much time you can commit.
Under-schedule and prioritize rest.
Create something meaningful and share it.
Don’t fall for distractions – focus.

History behind this recipe:

My prenatal yoga teacher, who encouraged me to eat apples and cashew butter every day inspired this cookie recipe.  She said our bodies naturally dip in energy at 4pm and this snack is a great pick-me-up!

I found that doing an all nut butter cookie makes for a very stiff batter so when considering cashew cookies, I remembered my yoga teachers advice and decided to combine applesauce with cashew butter for a new cookie recipe! 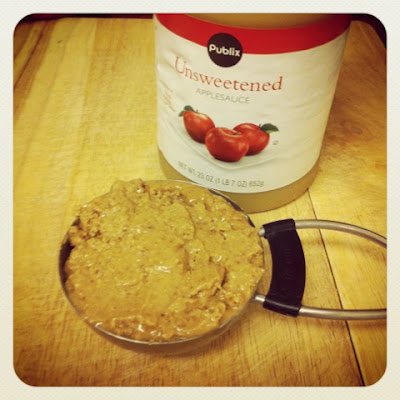 Healthier Version
Oatmeal would be a great addition, if you decide to add oatmeal I suggest to swap out the Flax seed flour for 1/2 cup of Oatmeal and omit the crisscross sugar topping for a healthier cookie. 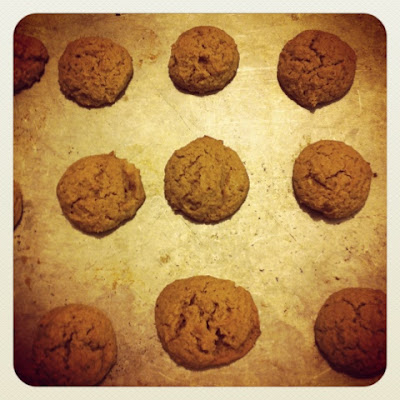 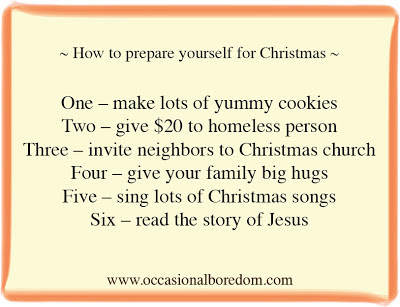 God’s awesome for your life doesn’t need to look like the rest of Christiandom.  Don’t say no to God’s prompts, there might be one person who needs to read your post.

Get your obsessions to work for you.  Output – sometimes we need to get the information out of our head, or the well dries up.  You get to burn out.  It’s all about the input and output.  Change the way things smell around you.

Break out of your preferred reading style.  Examine your life, and the world around you.  Be here, not next week.  Be thankful and aware of what God is giving you in this moment.  Mastermind groups are a great way to get out and engage the women around you.

Why do you blog?  For family and friends?  How do you deal with pride?  Humiliating moments will happen, you can embrace them with more pride or more humility.

Do you long for the days when Starbucks did not make you feel guilty?  Those days before reading The Poorganic Life where you'd buy a Mocha whenever the whim would strike you?

Since reading Katrina's blog I constantly hear her mantra in my head "save more, give back" and I just can't keep spending like I used to but the longing for a Starbucks Mocha also does not go away.  Here's a great way to make one at home, without spending a ridiculous amount on an espresso maker or at Starbucks!

First, check out this cute little 6-cup Italian Espresso maker for $21.99 at Amazon.com.  You can also find them at your local Walmart but I've found their 6-cup to be pricer then Amazon. 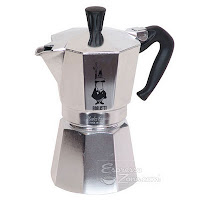 I start by making hot chocolate on the stove which takes a bit of patience but it's important because being Poorganic also means reducing food additives.  Unsweetened powder has none of the added additives that Hershey's syrup has: 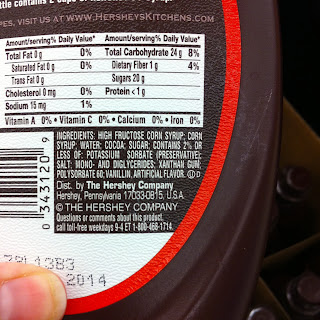 Stir on stove until it boils for 2 minutes; add 4 cups of milk and heat until milk has reached satisfactory serving temperature (hint, Starbucks Mocha's are 150 - 160 degrees).


It's so simple, just fill the base with water, add espresso in the little holder and set it to medium heat until the espresso bubbles through.  It's so cheap and efficient you will wonder who's been guarding this little machine from greater fame. 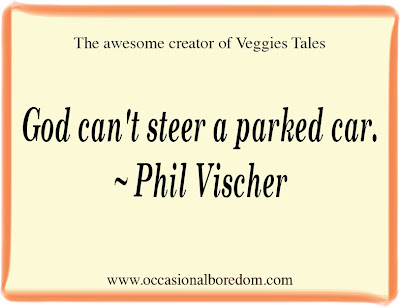