The Art of the Tantrum

My three year old has a very strong will, one that is forged in the same fire and fury as her nine year old sister, my first child who schooled me in the fine art of the tantrum.

I recall Charlotte's tantrums, not so much for what they were about, that detail is usually irrelevant, it's more of a power grab.  I recall trying to bring order and talk it out, wait it out, drag child to car screaming until it's over, but I don't recall it ever making much sense other than child trying to get her wait on something.

With my middle two, I can't say there were no tantrums, but they were both very calm and rational children so I just don't recall it being the norm.

Evie is the spitting image of her big sister, same wild curls, same determined facial expression, picky eater, I could go on and on.

So it's of no surprise to any of us that the tantrums have started in full glory.  Yesterday's was about not wanting to get ready for bed. 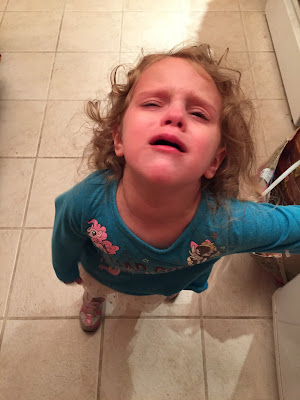 I removed her top day clothes but was unable to go any further due to the kicking and flailing.

I got bored after ten minutes of drama and walked away; then Charlotte went into the bedroom and got Evie calmed down and even half dressed for bed!  I say half dressed because Evie refused to let her big sister put on the top, that had to wait for the Mama that she had just scorned.  Then she scorned Charlotte by saying she only loved Violette.  Later during actual bedtime I was given many kisses and told "sowry".
Posted by R. Molder at 10:05 PM No comments: 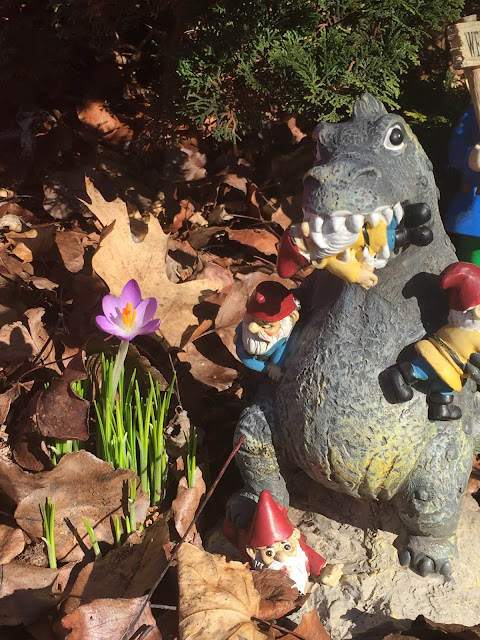 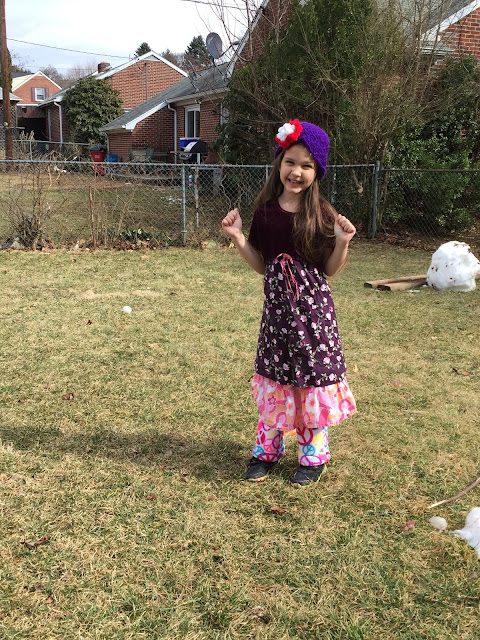 It may sound liked a tired cliche to the world outside of Christendom, but to us it's how we process our grief, on our knees, praying for peace and comfort to those who are suffering.  We know you on the outside don't understand, can't understand, and those of us who keep saying it will continue to do so because we really do mean it.  It's not a cliche to us, we do believe there is power in prayer.  So even though mass shootings continue to happen, and you may think our prayers are not working, we will continue to persevere, because that's what it means to be a Christian.  Never giving up.

I grieve for South Florida, a community I lived in for 16 years.  For the women who visited her priest the morning of Valentine's Day, also Ash Wednesday, who never dreamed it would be her broken picture that would be displayed world wide - macabre is the only word I can come up with.  To this women, I grieve with you and pray for peace and comfort.  To the young girl who spoke at the rally over the weekend, I admire your strength and I grieve with you.  To all the students in Broward county and throughout Florida, I hear your grief on Twitter and I grieve with you.

Our 2nd snow of the year happened around 5pm.  The weather forecast showed mid-70's the next day so I told the kids to go outside at 6pm, in the dark, and build their snowmen or else it would all be gone the next day.

They totally did!  They even had a handy lantern to use for finding sticks, rocks and other stuff. 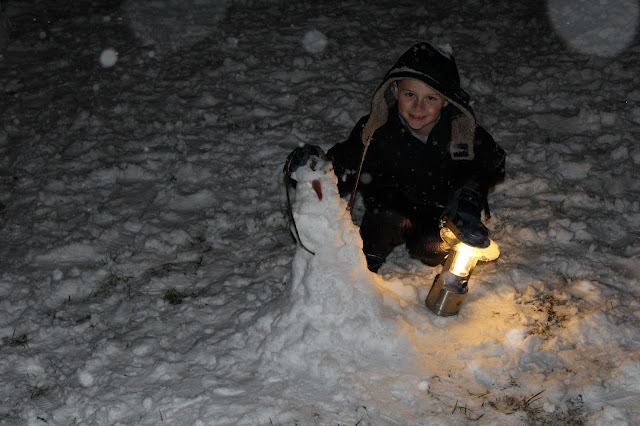 This has been an interesting winter!

Is there anything more beautiful than ice in winter?  We had an ice storm that coated everything in ice and stayed for a few days.  Thankfully it warmed up just enough to melt the roads so that we could go out and take photos in Williamsport, MD.  The kids were out of school of course, ice is always a guarantee of no school! 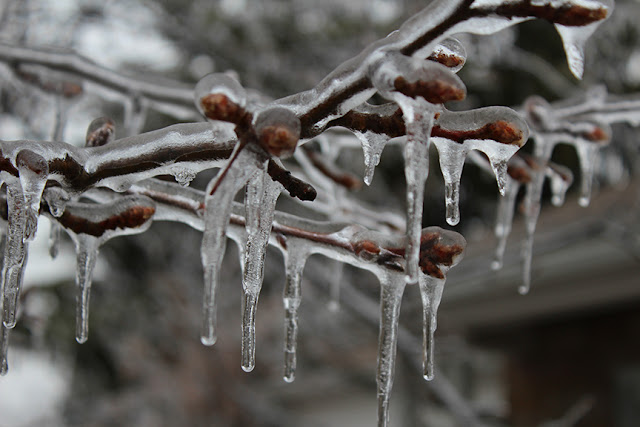 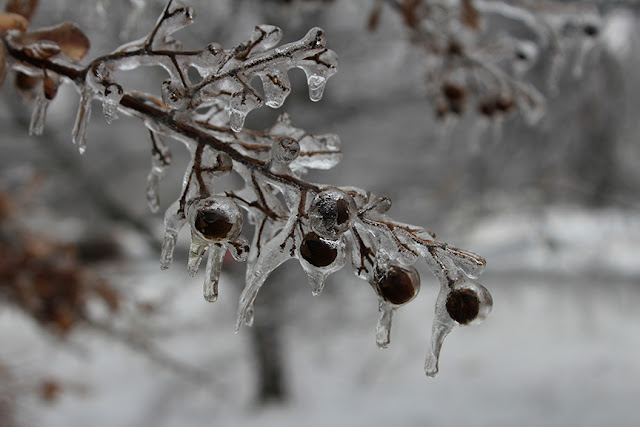 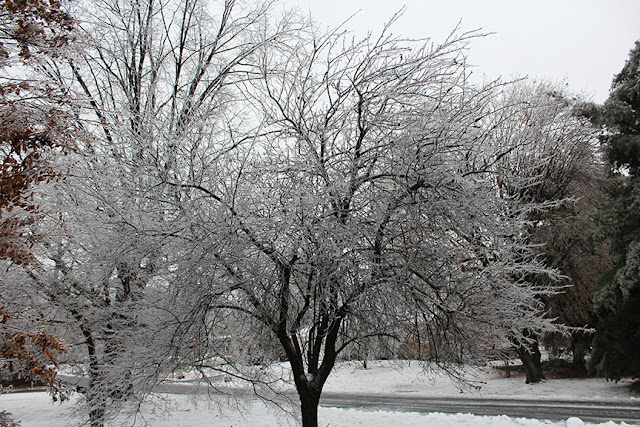 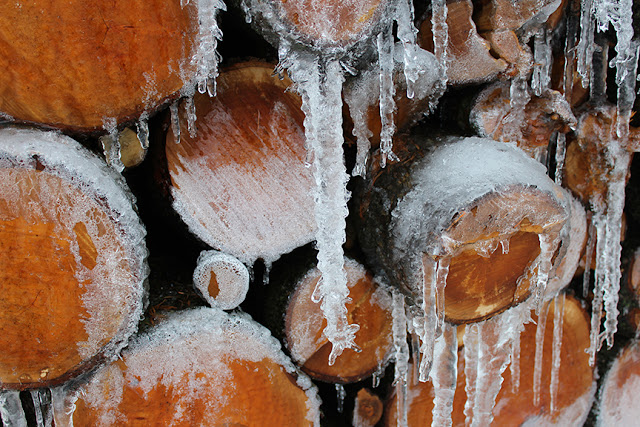 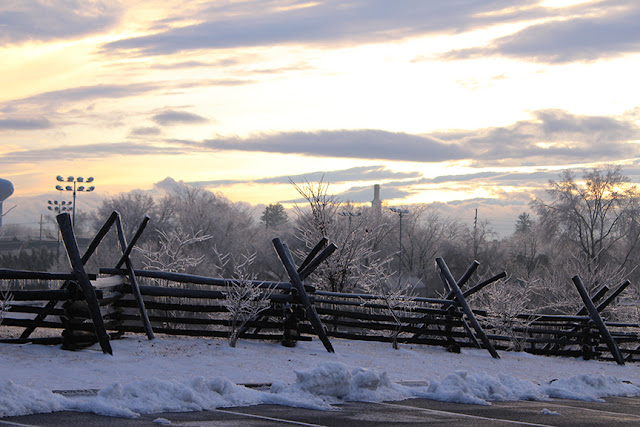 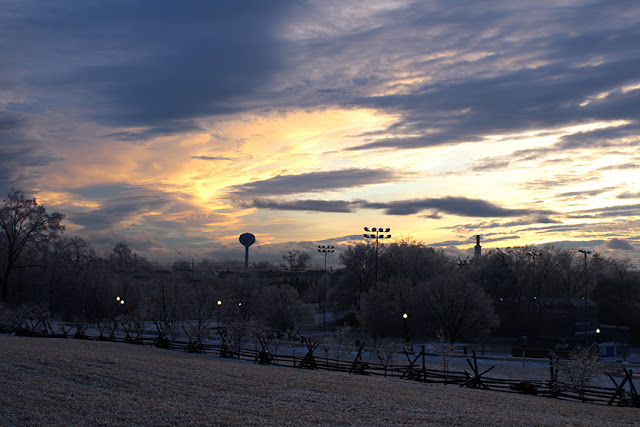 Email ThisBlogThis!Share to TwitterShare to FacebookShare to Pinterest
Labels: Winter

We've had a very mild winter when it comes to snowfall so even though it's only  2-4 inches, I highly encouraged the kids to run outside and build snowmen before it all disappears.  This day called for snow first, then rain, so they literally had one hour to build a snowman before the rain came and melted it down.  They were out for an hour before lunch was served and thankfully I had enough carrots to dispense!  After lunch they went back out, during the rain, and continued to poke around the backyard. 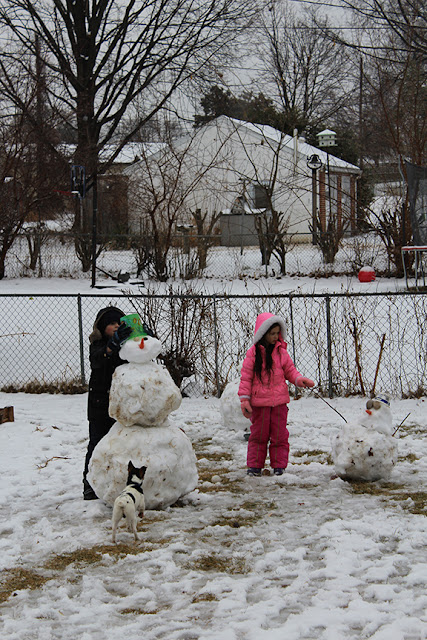