I remember the expression well because Easter was a big deal for Calvary Chapel Fort Lauderdale attendees.  Every year it seemed to get bigger as the church grew in satellite churches and they stretched to find a space to contain everyone.

During the service, after the singing, Bob would come on stage  and have everyone shout "Happy Open Tomb Day" while doing a stadium wave.

In 2013, our last year in Florida, it was the biggest event yet held at a brand new stadium in Boca Raton, FL.  We went with our 3 kids and enjoyed the after service events which were bounce houses and people in costume.

It's been 2 years since I've heard any news about Bob Coy.  First I heard he went into rehab for sex addiction, then I heard he was under the care of another pastor in another state.  Then I heard nothing.

Bob was our pastor for the entire time we lived in South Florida, from 2000 - 2013 and we grew up during this period.  We finished college, went from our 20's to our 30's, had kids, bought a home, went into debt, learned how to get out of debt through the churches teachings and learned how to deal with major trials like the 2008 financial crisis all while having a family.  Then suddenly our teacher was gone with no news for two years.  It's just very sad.  I'm not going to write about my thoughts on his sin or how I wish things had gone, I just think it's very sad that someone was in our lives, albeit remotely enough that he was also pastoring 30K other people, but then suddenly gone.  It's a death, that's not final because he's still out there, just silent, for now I guess.
Posted by R. Molder at 2:10 PM No comments:

For my second painting, I chose a Japanese Bonsai tree against a blue night sky.  I assumed the blending would be the same as my first painting.  I think quality of paint might affect the blending aspect because this was a little more strained that what I would have liked.  The tree got too fat in the trunk.  It was a good learning experience though. 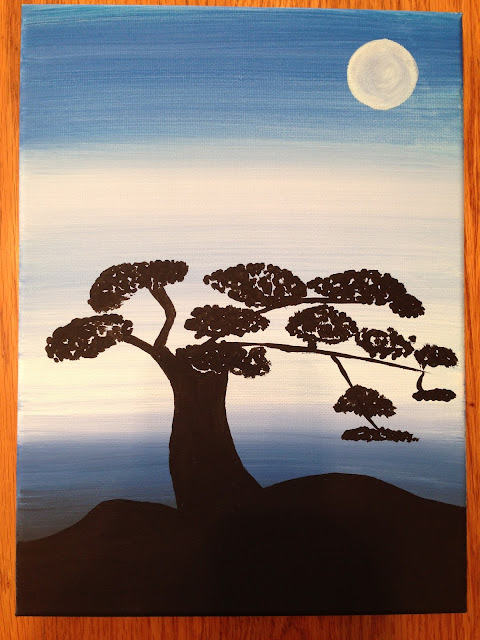 A friend set up this paint class where the teacher shows everyone how to do the same painting.  I've never taken a painting class before so this was quite interesting to me.  I've got an art degree and have done sculpting in multiple mediums, worked with chalk, markers and pencils but never paint!  It a wonderful experience and I'm looking forward to doing more paintings! 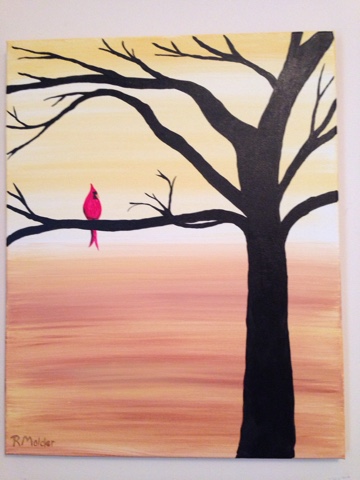 Biking in the Rain

Must be a result of being cooped in for the winter, now that Spring has arrived, I can't keep them inside.

We park our vehicles at the end of the driveway to prevent them from flying out into the street. 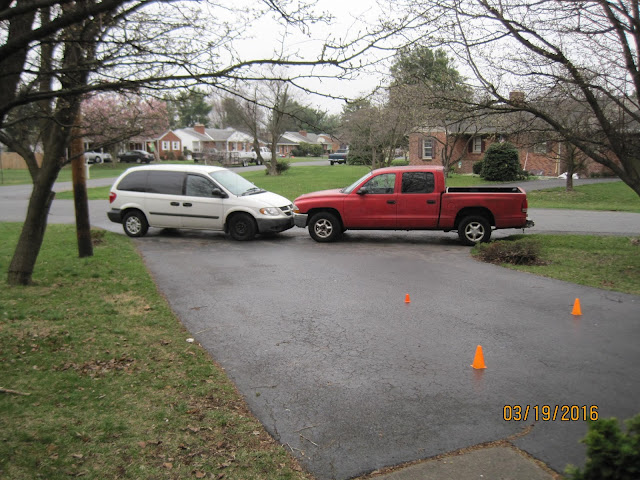 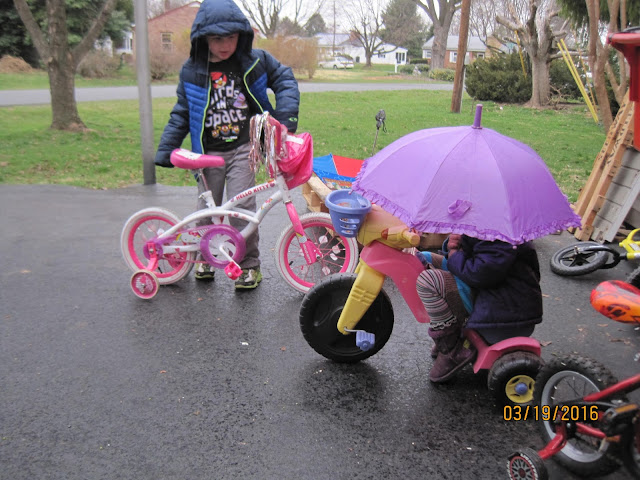 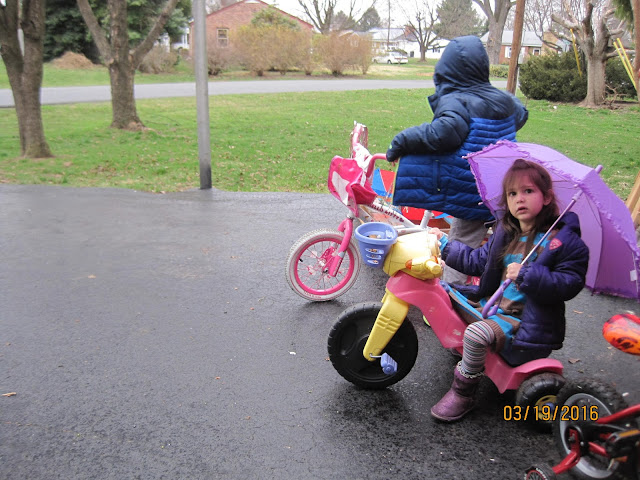 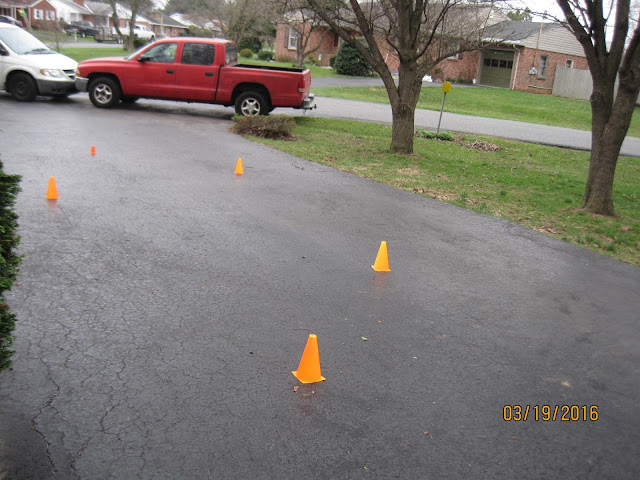 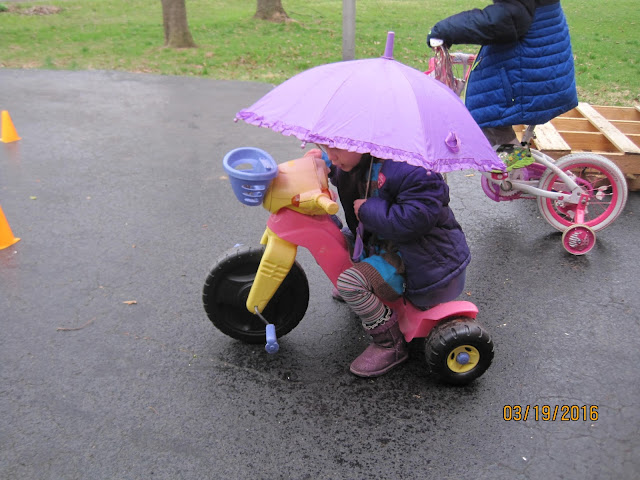 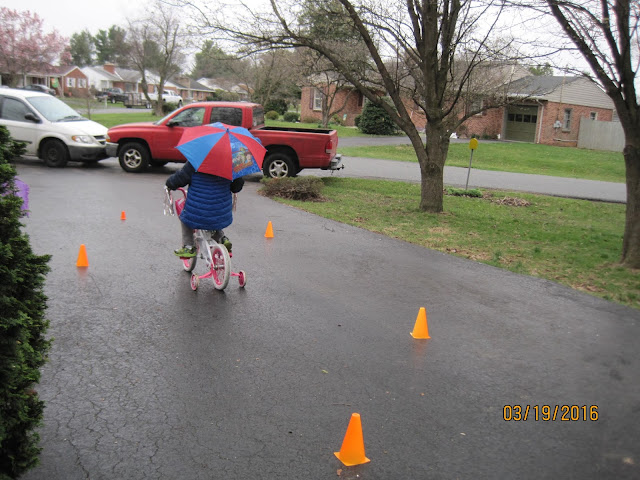 Life is so short

I can't escape death.  Every day, I read about someone my age who has died a tragic death.  I say tragic because it's generally considered so for anyone below the age of retirement and especially with kids.

The latest three that have captured my heart and attention are:

Eric Medalle - 42, tree fell on car while he was driving, Pokemon artist, left behind a 2 and 6  year old

Elise Lachowyn, 48 - killed by dump truck while crossing the road in front of the Javit's center which was hosting the New York toy fair.  This one really hit home because I'm in the toy industry.  She leaves behind a 6 year old.

Death takes good people and bad people.  It doesn't matter if you have things left to do, kids left to raise or families to care for.  Death doesn't care.  When it's your time, you better be ready.

update 3/31/16
Dino Trubiano - 39, died suddenly the night before twins were born.  Attorney who ran every day and was a vegetarian.

Gail Minglana Martinez, 41, died in from injuries sustained in the Brussel's airport attack, mother of four.

Email ThisBlogThis!Share to TwitterShare to FacebookShare to Pinterest
Labels: Death

Every year I try to capture the Crocus's the day they come in but I think I'm a few days late with these photos.  We've had an early spring this year with days in the 70's as early as March 1st followed by a mini snow storm on March 4th then warm again by March 10th.  It's been a little weird but I won't turn down warm weather! 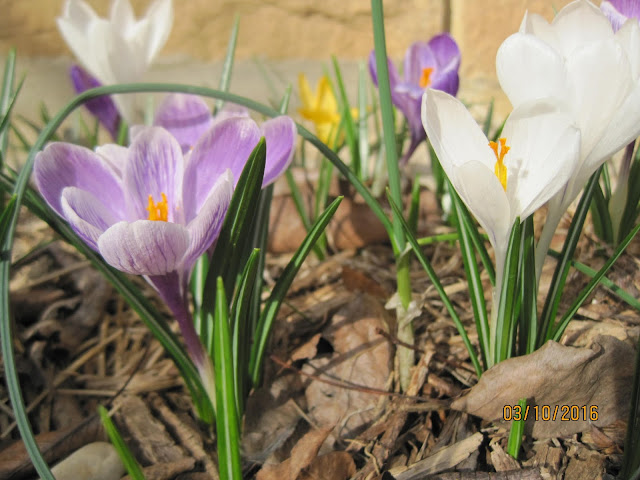 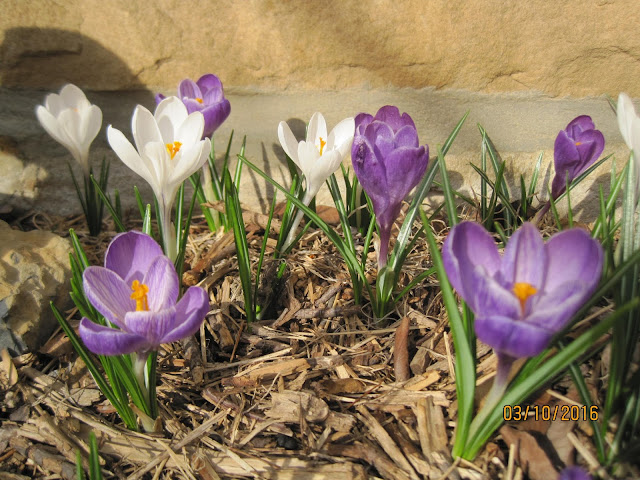 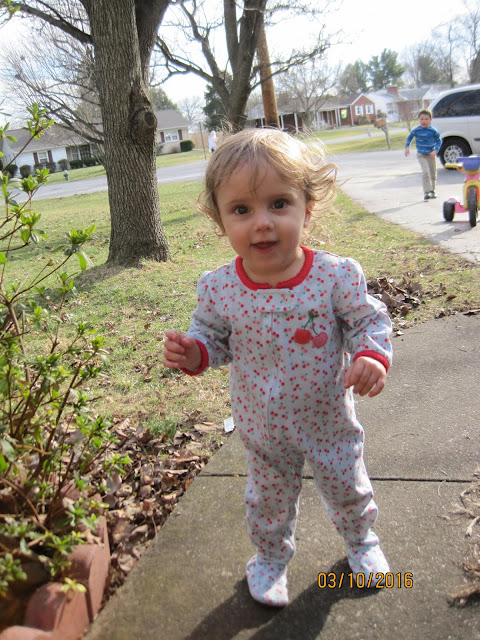 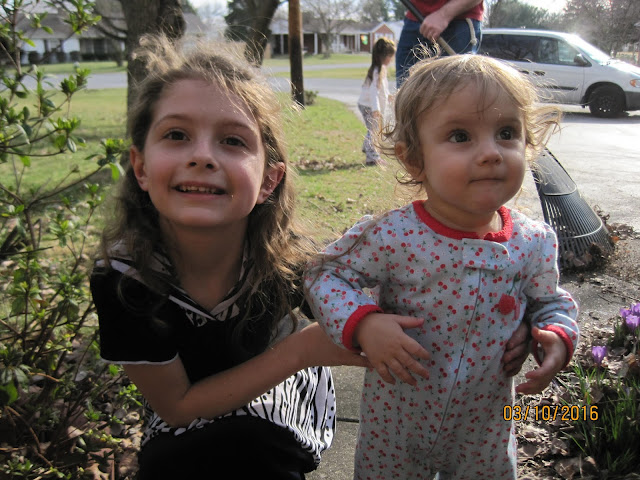 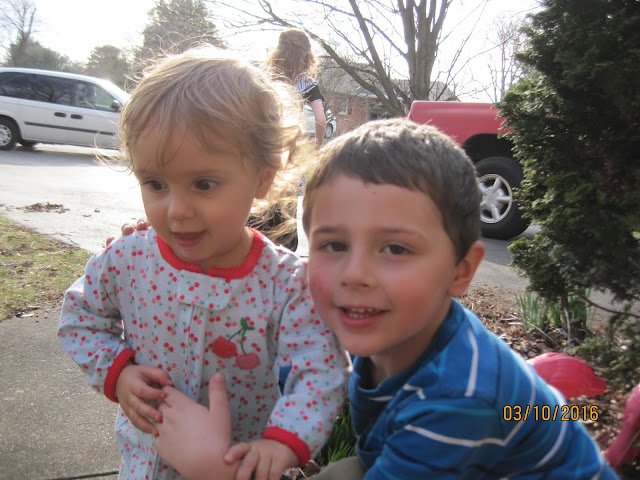 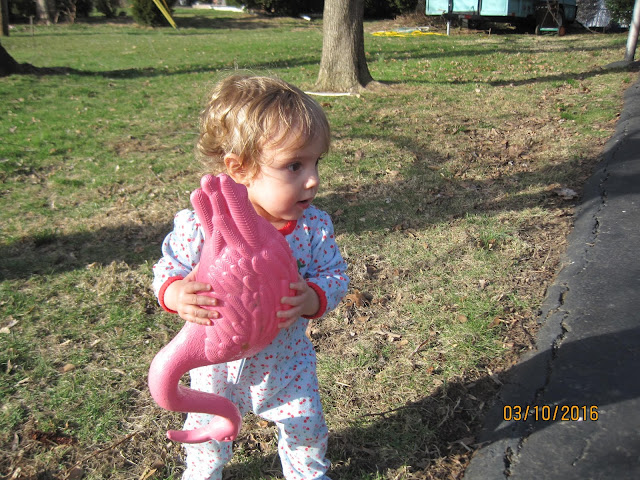 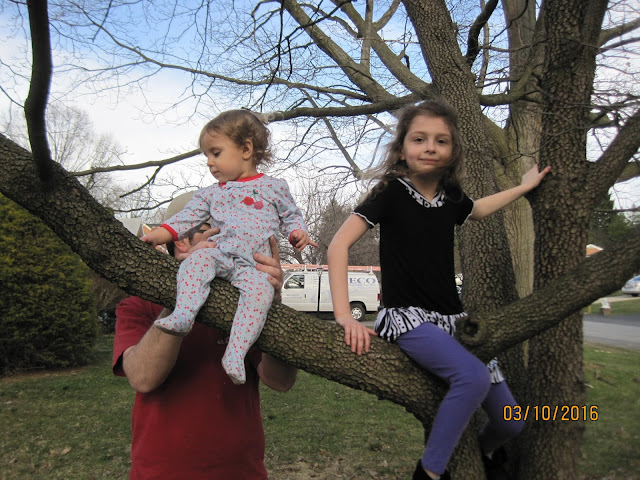 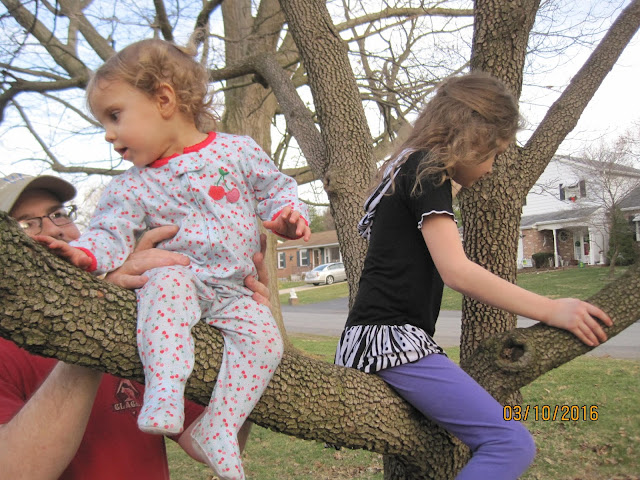 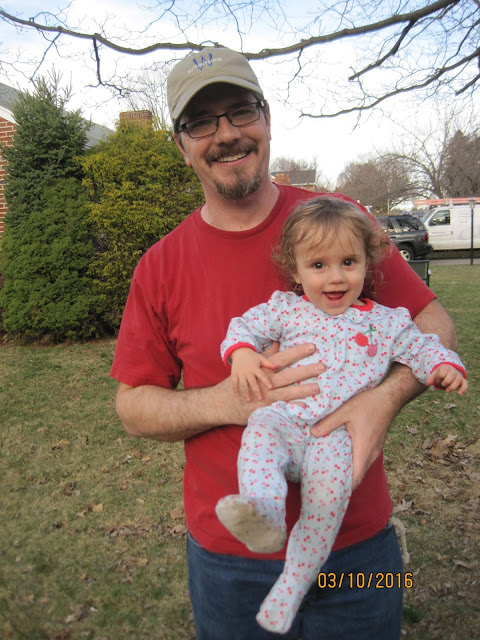