Back in Hong Kong for the week, survived another flight with 2 kids and laptop died

In Hong Kong this week and then it's on to Vietnam next week from Sunday - Thursday. I made it a requirement to get back in time for Easter so hopefully all planes and automobiles will cooperate.

Apologies for the lack of status updates. Last weekend I finished my taxes and cheered as refund turned out triple what I thought it would be. Then my computer died almost immediately after hitting send for the refund. Sooooo, I guess this means a new computer when refund arrives??

The dead laptop has been complaining of aches and pains for quite some time. It seems every year it dies of some issue and we have to take it to the computer tech. This time it seems as if the battery is dead, I've ordered a replacement and it's coming through the slow US postal service. Meanwhile I'm in Hong Kong and can't SKYPE with husband. Booooooo.

Just prior to coming to Hong Kong I dropped the kids off in Texas with their grandmother (Mema). The trip with both kids is getting better on some fronts but more stressful on others.

Highlights:
We had one day together in Texas. Charlotte discovered snails and bugs in Mema's flower bed and called them all "cute". The below is a dead "cute bug". 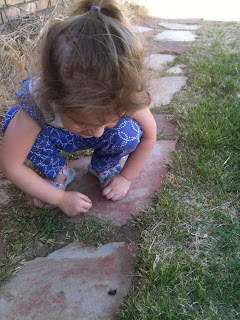 We got a pedicure together (her first), it was totally a whim, we asked the lady if she would also paint Charlotte's nails and surprisingly she sat still till it dried. 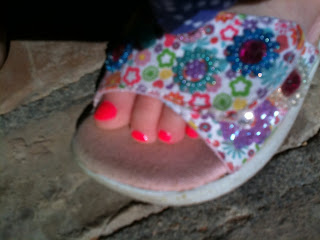 Sam was dressed in a really cool orange and white outfit so I edited him to look like Nemo while everyone took a nap. The outtakes are actually funnier than the above because he got really mad that I wouldn't let him mess with the computer while I took his photo through a computer program. 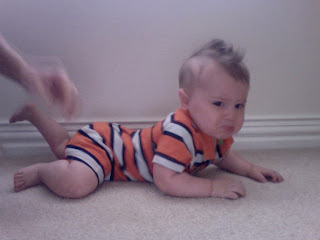 When I tried to use my phone to take his picture he kept turning to smile at the camera. Such a ham! 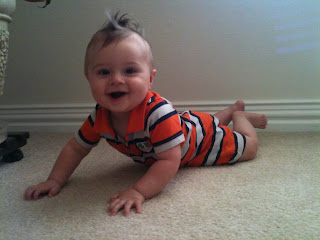 It was a really nice day with family, hate to leave for another 2 weeks!!!

After all this travel I need a vacation! The first quarter of this crazy year has been two trips to Hong Kong, two trips to Texas, one to California - I think a long break is required!!!
Posted by R. Molder at 9:08 AM

Email ThisBlogThis!Share to TwitterShare to FacebookShare to Pinterest
Labels: Travel

And the pedi with the super kyoot sandals. Gorgeous!

Ah yes Cat I was referring to you, sorry I should have included a link back to your blog. Blogging in Asia is tricky with spotty connections so I tend to cut corners.