I woke at 5:30am to the sound of thunder and lightning.  I couldn't get back to sleep because the rain was so loud.  The view from my window after 7am was still black as night.

I pulled out my coffee maker, the one I had shipped in advance of my trip and plugged it in. Pop!  It was not designed to withstand China voltage.  Undeterred I heated water in the hot pot and simply poured it over the coffee grinds and it worked just as well.

The backstory on my coffee obsession, well it depends on how far back I want to go, but for now let's say I am tired of traveling and drinking crap hotel coffee.  So after hearing that my entire week would be spent in China, I decided to take matters into my own hands and ship ahead a very old coffee maker that if it doesn't make it back, will not be devastating.  Well, after the popping sound, it's not coming back, but now that I realize all rooms seem to come equipped with a hot pot, I only need to bring my french press next time which is much smaller and more portable.

The coffee was very good and helped me feel slightly better about the possible impending doom of a stormy day outside.

I met my work partner in the lobby at 8:30am and she announced there was already flooding in the streets.  The rain was literally coming down sideways!

I spent the entire 10 minute drive praying that we would not float away.  Every story I'd ever read of cars getting bashed around in a flood went through my head.  Then, when we finally got to our office building, they were able to drive the car practically up to the doorway and we actually got in without getting too wet.

By lunch time the rain had stopped and we managed to go out for lunch and Starbucks.  Here are some giant sculpted birds in front of the mall where we had our Starbucks along with a map of my location in China. 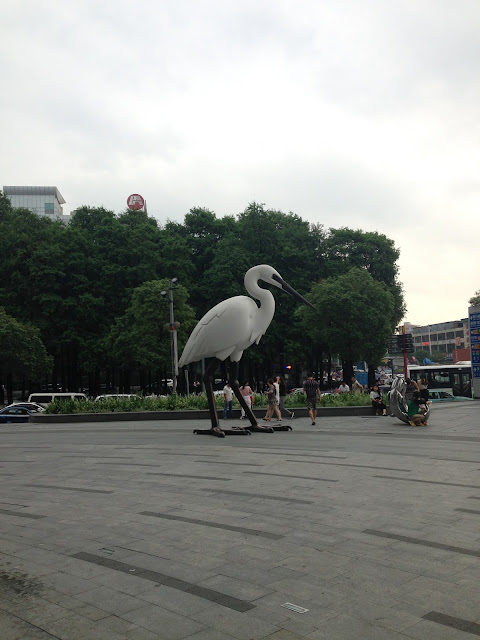 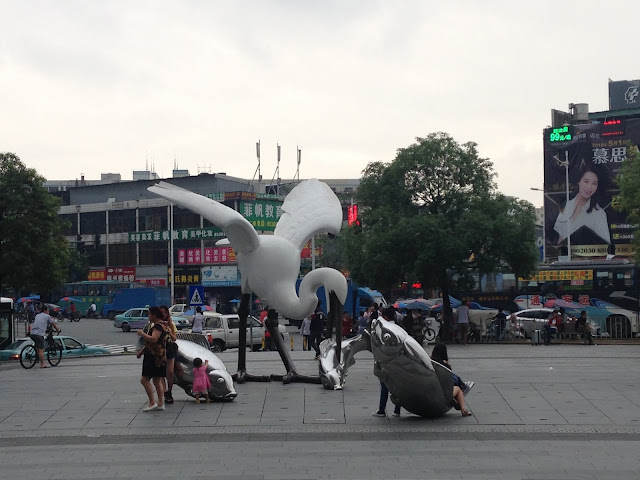 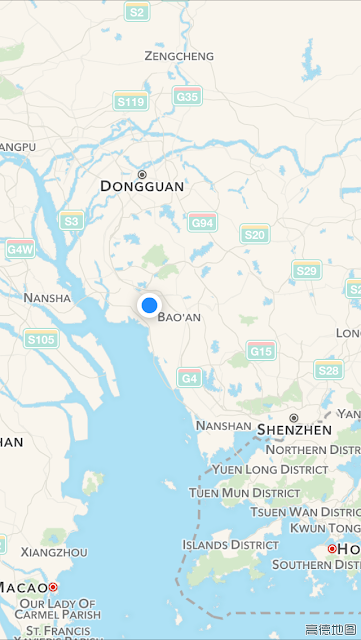