My youngest is now one year old 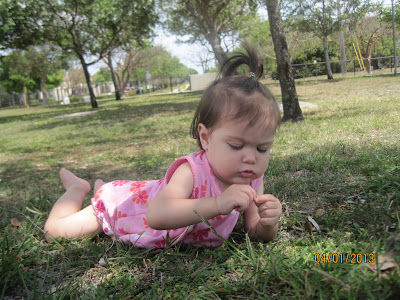 My baby is one year old today.  She’s so delicate and tiny that at her six month appointment her doctor wrote “failure to thrive” on her chart.  She defied that doctor by packing on two pounds in the following two months and is currently 15lbs.  She’s a little fighter, going from happy to screaming mad in seconds.  I really do understand that as #3 she needs to fight for our time, but she doesn’t even bother with the wind up.  There is no 0 to 60 seconds; it’s more like 0 to 2 seconds.  Immediate and high intensity screaming and once picked up, all is fine.  It’s a very good thing that she’s so small because she’s turning out to be even more of a dictator then Charlotte was in that we have to hold her so much!

No one believes me because she’s so angelic with her giant doe eyes, tiny bow lips, little fringed bangs but reach for her and she will let you know immediately that only mom and dad have permission to hold her Highness.

I think the one thing that startled me the most about Violette from the beginning is her absolute steady calmness as she first observed her siblings.  I was a bit afraid that they might scare her because they are quite boisterous but she simply gazed at them as if to say, hello, I already know and claim you as my family.  I mean I quite get that she had absorbed their noises while in the womb but the moment when she laid eyes on them was just so poignant for me.   I guess I had prepared myself to quickly move the others in case they tried to poke at her face or eyes but they were completely enthralled with her.   Sibling rivalry completely put aside as they gazed in absolute adoration at her.

Charlotte shows her continued adoration buy waxing on and on about all the lovely things she will hand down to Violette when she gets older.  I’m talking prized possessions being promised away.  I’m really quite curious to see how this turns out in a few years – will there be screaming fits of “she’s taking my things”?  Will this adoration continue?  I hope so.

I must confess a very bad thing, I hoped for another boy the 3rd time around – I really did.  I was feeling a bit traumatized by Charlotte’s first two years and worried I wasn’t up for another high maintenance girl.  But you know what, I absolutely adore my baby Violette.  She has an utter calmness about her that is so reassuring and sweet, I feel like I can take her anywhere and she will just calmly sit on my hip.  I had hoped this calmness might endure but she’s suddenly given way to an intense desire to be put down to explore so even when I want to hold her she wiggles so hard that I have to put her down for fear of dropping her!

My favorite thing about Violette – well that’s hard to pin down yet since she’s only 1 year old and suddenly reinventing herself.  I guess I could say she’s a girl who knows what she wants, immediately and without any hesitation.  I like that quality in a girl.  Let’s see how this plays out in her life! 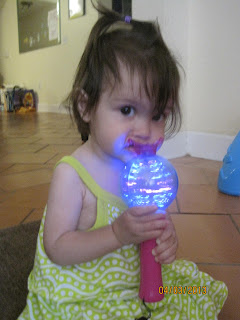 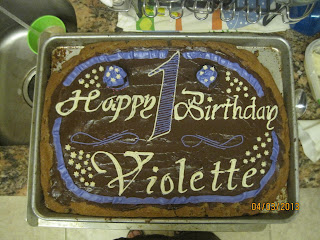 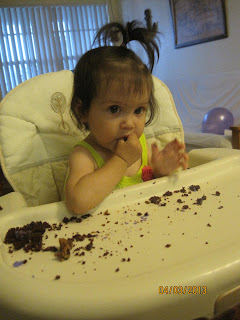