I got these cute little hats at a Mexican restaurant recently, it's a silly thing you'd find in a Florida "theme" restaurant.  My mother in law, who is from Texas, likely found the concept of getting a little hat in a Mexican restaurant kinda odd, because it's just not done in Texas.  I guess the reverse would be like finding sand in a Joe's Crab Shack and calling it "beachy theme".  Anyway, we had a good old time with these silly hats for Cinco De Mayo - well all but Violette.  I think the older kids enjoyed the hats more then the New Orleans/Mexican burritos I slaved over! 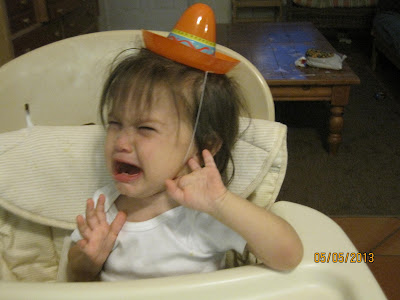 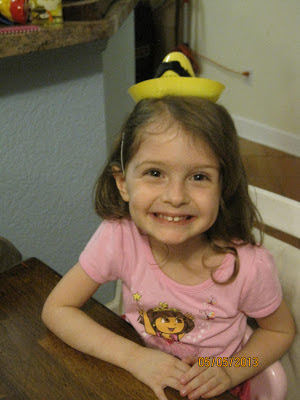 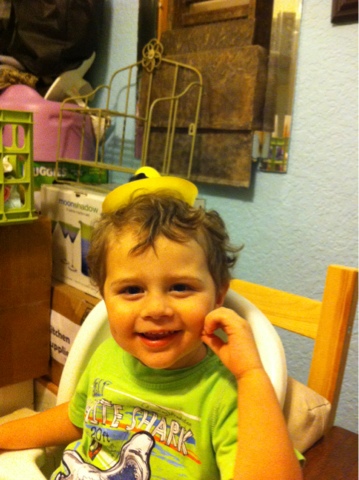 And if you're wondering what I meant by New Orleans/Mexican burritos, well I've read that Cinco De Mayo is celebrated more in the US than Mexico.  From Wikipedia:

So I used my New Orleans Cajun spice on the chicken and in the burritos we had the chicken with black beans and corn.  It was pretty outstanding!
Posted by R. Molder at 9:30 PM