We made it to Memphis, TN around dark, it was incredibly hot outside with about one million mosquitoes that descended upon Sam with a furious vengeance.  Just as we got the electric on and door firmly shut, we realized the air conditioner was broken!  The heat was so bad we immediately packed up everything and went straight to a nearby hotel.  This is one reason I'm glad we didn't have the dog as it can be been hard to find a place that allows dogs.

We were near Camping World, so the next day we went over to see if they could fix it.  The cost and time was greater than what we wanted to deal with, so we decided to get it fixed at our final destination.

Here's photos of the kids enjoying the hotel and lounge at Camping World. 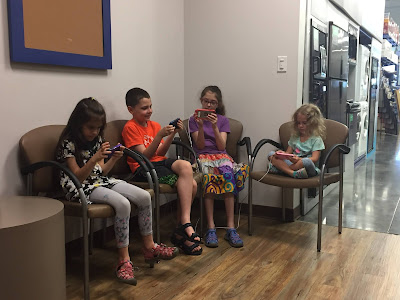 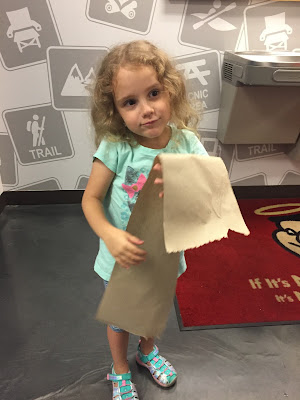 Evie adopted this towel as her new best friend. 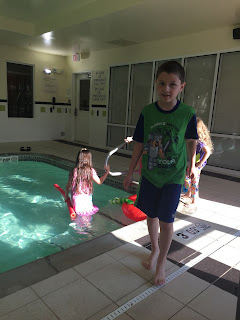 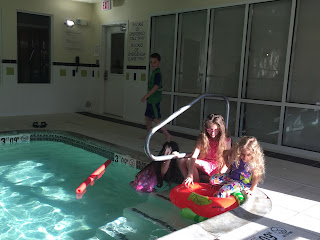 We let them swim in their pajamas the next morning.