Things we saw outside today!

We stopped at McDonalds for a little snack, only because it was on the way to the trail and it was getting hot so I didn't want to lose time.  While sitting in the drive through I watched a finch hammering a beetle.  The beetle was a shimmery blue bug and I was kinda hoping he'd escape through the pink leaves but the finch was determined!  After bashing the poor bug and removing all his legs I watched him fly into the tree hole and - gasp- awwww feed the baby birds.  Funny how perspective changes when it's a cute baby being fed.  Now we're all ooohing and ahhhhhing.  Sorry pretty blue beetle! 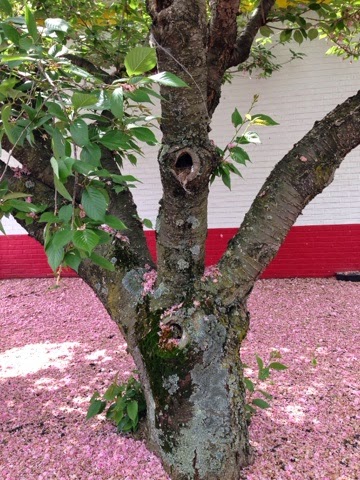 Next we went to the C&O canal while Charlotte informed me that everyone would really prefer to go to a park with slides and swings.  Resolutely Moms prevailed and we hit the trail!  Four kids to one adult.  I call these practice runs in getting four kids to follow simple commands in public like walk in two's or in our case baby in front pack and Vi holding my hand and the other two behind me. 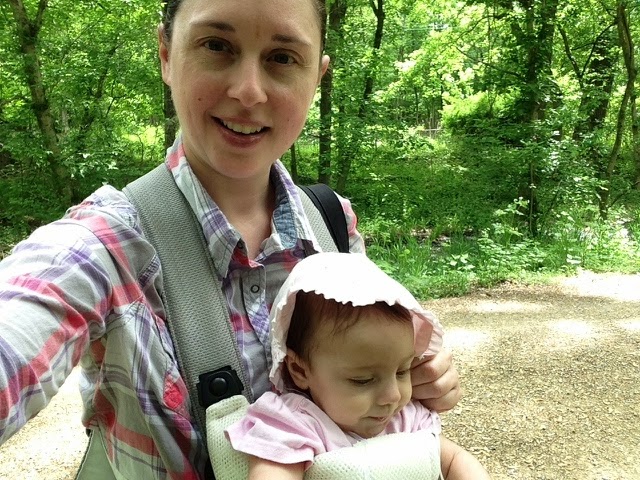 Next we practiced listening when mom calls "bicycle, move to the right".  By the end of the walk they were doing it without being asked.  Mom win!! 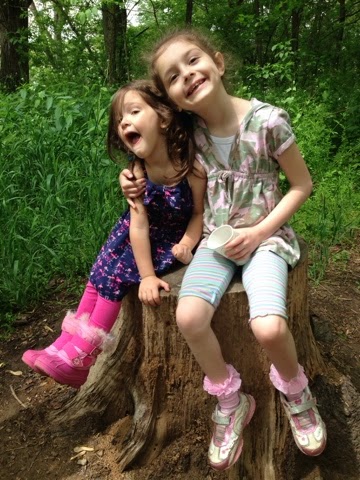 I've learned to pass out cups or bags for nature walks because they are always collecting stuff.  Sam remarked that he had found many beautiful things!

We saw a pair of Mallard Ducks and Charlotte says "let's not mess with them so they can enjoy their swamp", to which Violette replies "but I wanna mess with them".

Surprisingly no one wanted to step inside this tree. 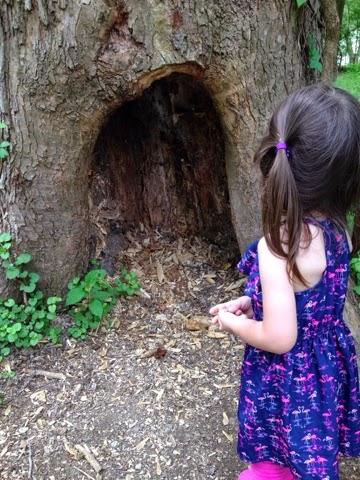 I thought these tree mushrooms were interesting. 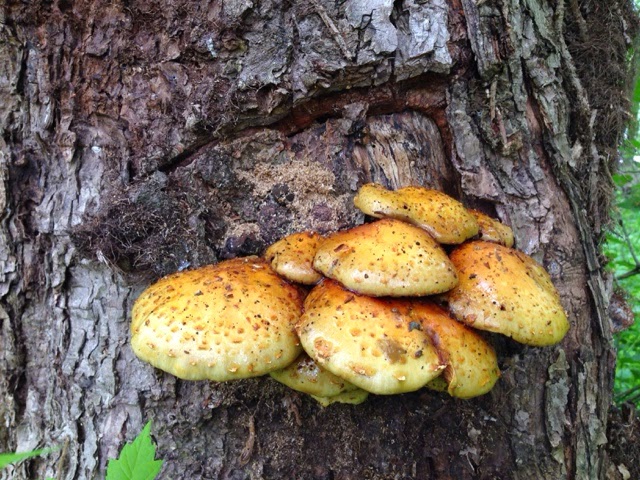 It was fun and no one tumbled into water or down a steep rocky path.