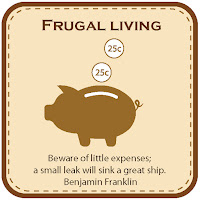 December is a two part series.  The first is dealing with Christmas and all it's associated expenses and the second will be about how our extra money saving and earning adventures are going.

Christmas Gifts:
Last year, in an attempt to combat the sheer volume of excess toys in our house and to curb over-spending, I talked to my entire family about getting the kids family gifts and less individual presents.  Somehow, we've ended up with the only children on both sides of the family so they are doted on by all!  My husband is an only child and my two brothers do not have kids.  My kids are so lucky!

I also find that when they get too many individual gifts in one day, they fight!  And that drives me crazy.  So I thought more family gifts and less individual gifts would solve that particular issue.

I settled on one really great toy for each child, one lego, one book, clothing needs and a full stocking.  In addition, we did one big box of family gifts that included a Fiesty Pet, Rock and Sock Em Robots, Play Doh, movies, snacks and more lego's.  This list was shared with family.

Many of the family box gifts were bought throughout the year when I got a good deal.  I got cousin and family gifts this way as well so it wasn't so hard on the budget in December.  It was actually kinda fun to open the box of saved presents and wrap everything in one day!

My mom got the kids a big play house from Cracker Barrel to share; my older brother didn't get the memo and got them individual toys and my younger brother brought games and movies for all to share.  My cousin got them small arts and crafts which they enjoyed.

I was very pleased with the end result.  The kids were told well in advance to not expect a massive pile of presents but to be honest it still felt like we were blessed with so much.  I'm very thankful for my loving and giving family, they really love and treat us so well.

Having a set formula of toy, lego, book, clothing, family gifts and stocking helped me organize the search of items for 4 children and not go overboard on additional items.  Many many things that they asked for were set aside for future birthday's.  I try to take them to the store one time in the Christmas season to get their reaction to toys and determine what will be the best toy and then I try to avoid the stores with the kids at all costs!

Travel:
We didn't travel anywhere this month.  I really wanted to go back to Texas but we were asked to do a play at church and then there were several other church events that we supported.  I think it can't be a spontaneous decision, next year it will have to be pre-planned and announced well in advance so we don't end up with commitments that conflict with possible travel dates.  I'm going to set aside a budget in 2017 for summer and Christmas travel because it's been 3 years since we've had Christmas in Texas and I'd really like to do this again in 2017.  I think that by starting a discipline of less toys in 2016 it will be easier to afford a trip next year.

Food:
I think every December my food bill goes over budget.  We eat out more, host small gatherings, buy more expensive foods for Christmas and New Years.  This year we went over our normal food budget by $242.50.  I think that's to be expected but next year I'll try to plan for this.

Decorations:
We have a rule to buy one family ornament per year,  We did not buy any new decorations this year other than this one ornament.  I wanted to get one of those outdoor lighting systems that shines a pattern on the house but we were so busy this month with the play and work commitments that we did the bare minimum on house decorating with stored supplies.

Stocking Stuffers:
I think I went a bit overboard in this area.  I spent $25 at Toys R Us and $10-15 at Dollar Stores plus about 3-4 hours in both places trying to find interesting things that weren't even played with because they had so many other gifts.  Maybe next year I'll bake a special cookie or treat for each stocking.

Overall, December is a month that will test even the most resolved budget.  It's the ultimate test of discipline because it is so easy go go overboard with everything.  I find that if I write it out in detail, I will read this next year and refine my approach further.
Posted by R. Molder at 7:37 AM