Last year we noticed water damage at the front of the camper.  Mike ripped out part of the floor and rebuilt it but he knew there was more damage to the front panel and so we made plans to rebuild after school let out.  School finished the 2nd week of June, and I think we started working on the camper the weekend of the 20th.  It took a month to remove the front cover, strip it down to the metal frame, and rebuild the front end.  We finished on July 19th.  Here are the progression photos:

The first image is after we rebuilt the inside panel. 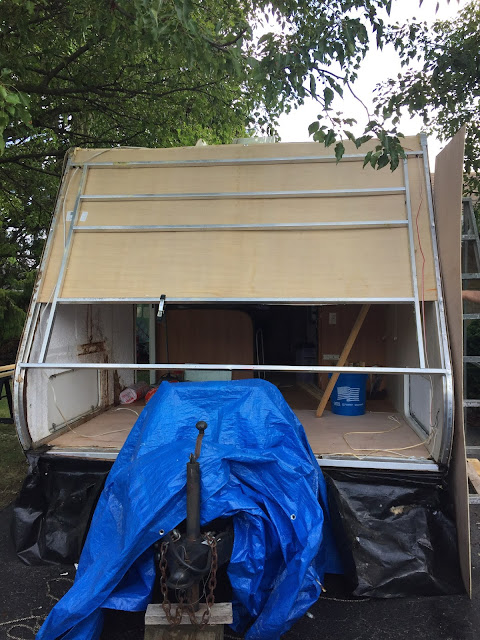 In this image you can see the partial ceiling rebuilt. 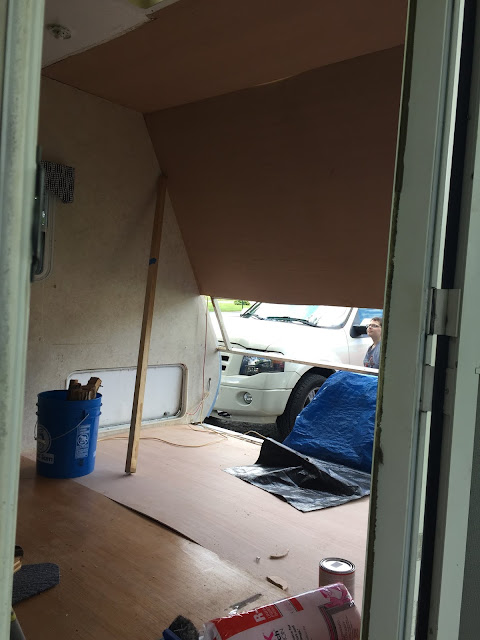 This shows some of the insulation added to sandwich between inside layer and outside layer. 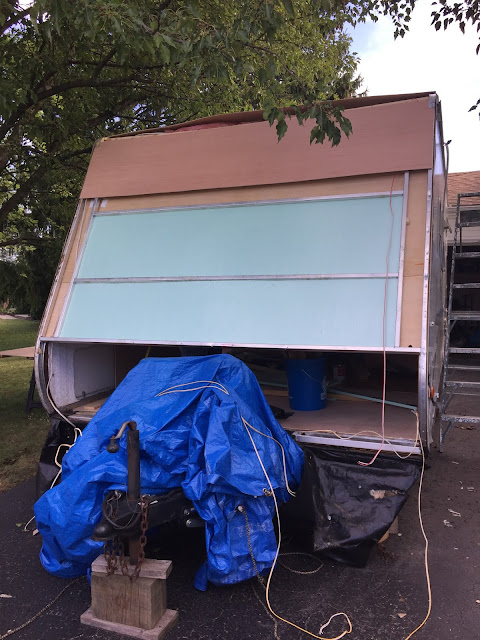 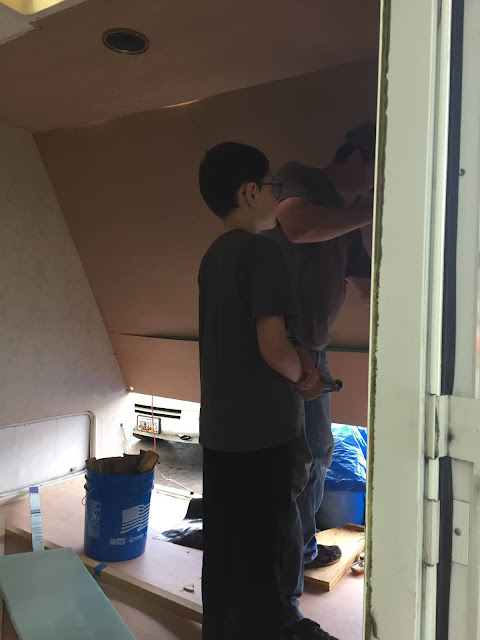 In this image, the girls are helping clean the front panel.  We wanted to remove the glue along the edges. 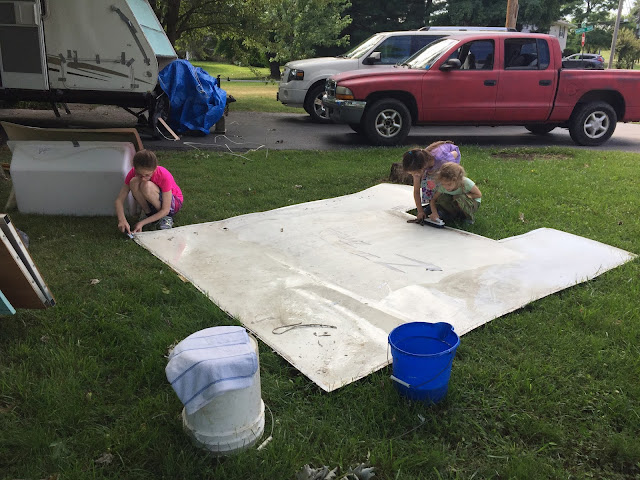 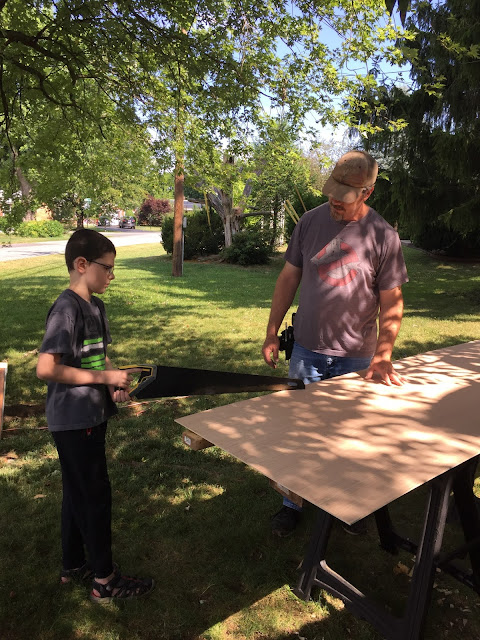 I loved the finished wooden look, but we had to put the cover back on to keep it water proof. 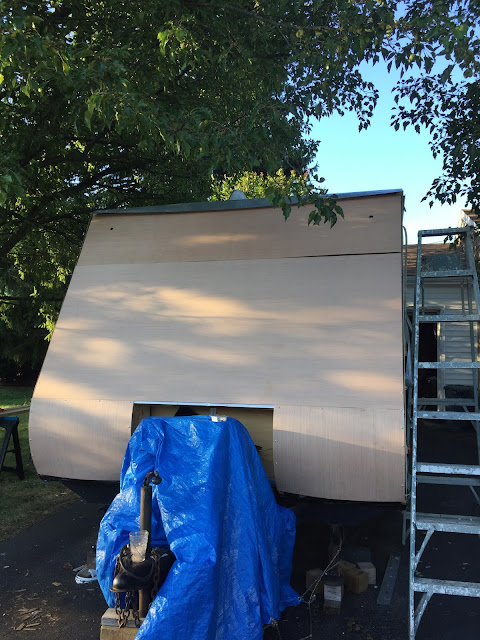 We didn't put in the cabinets so there is a gap at the roof line, we can fix this later when we have time to install the cabinets. 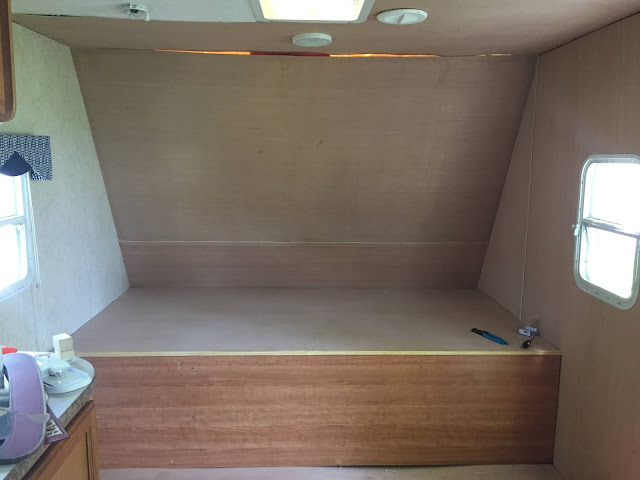 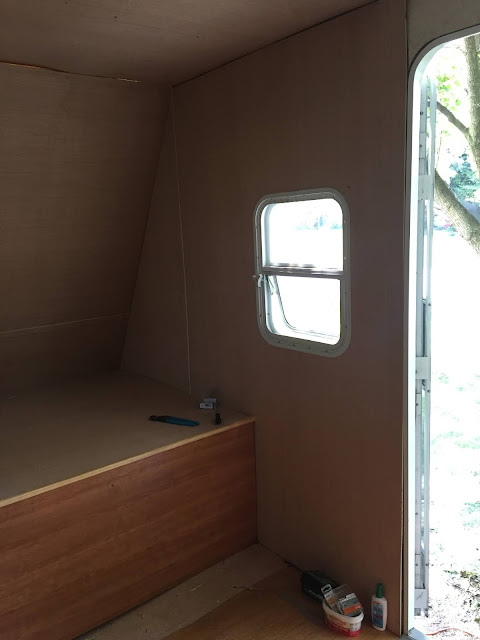 And here she is, put back together! 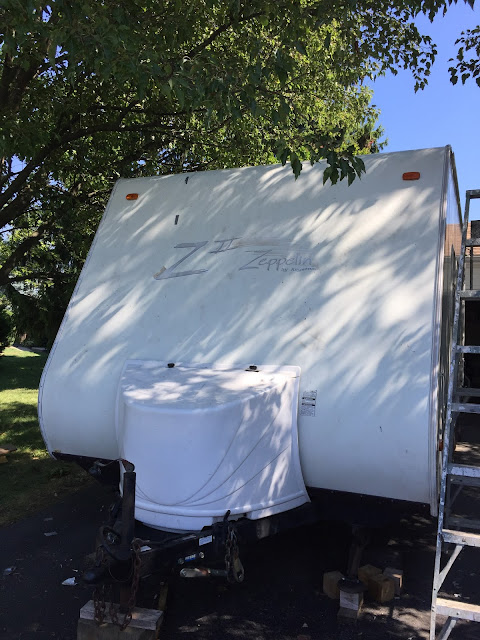 I didn't show the roof, but it was black with dirt.  While Mike did the rebuild, I got on the roof and cleaned it with a scrub brush.  Then put a special tape over the holes and painted white RubberFlexx over the entire roof.  Our goal is to waterproof the camper as much as possible.  I think I'll put another coat on in the fall before we cover it for winter.

At this point we've put more time and money into this then what we'd ever get from re-selling it.  This is our first camper and we didn't catch the water damage before we bought it.  That's okay, we like it and we've made it our own.  Next thing I want to work on is the interior curtains and textiles throughout.  We also really want to re-paint the exterior panels and get rid of all the branding.  I'm really looking forward to continued customization!!  It's hard work, but we enjoy the end result.